the four horsemen of the indian tech-ecosystem

I went for a walk today, well more specifically, I went for a Lindy Walk. It was quite nice, there was a drizzle, I got to wear my favourite windbreaker, in Delhi. This was the first time the weather was even moderately suitable for that after my last stint in the mountains.

While walking, I was thinking about India and how far the tech ecosystem here has progressed. Last five years all these food delivery apps, taxi services, and entertainment apps became a priority in our life. Guess a good amount of that has to do with the fact that Jio made data dirt cheap.

Innovation on this scale brings massive change. Massive change is catalyzed because a ton of people participate in a movement. That made me think. The dynamics of human nature stays the same no matter how innovative the technology is. Think nuclear bombs. We're way too immature as a species to have access to that force of nature. Monkeys playing with Pandora's box.

Whenever there's a large group of people, in this case, the Indian tech eco-system, you can see patterns of human nature. Some people have common traits and it could be because of the school they attended, or the philosophy of the company, or where they went to university.

Reflecting on my experience of being in the tech industry for five years, I thought it'd be a great thought experiment to maybe group people I've encountered who showed similar traits and what we could learn from them.

The above-average 8.0 CGPA+ college graduate who gets into a big corporate company and the achievement is wildly celebrated by their university, peers, and family. And why shouldn't they? Their parents and grandparents probably had to face one or the other means of poverty or hardship in a third-world country and this is an achievement to celebrate. This gives them very high status within the community and they're highly desirable in the traditional matrimonial setting.

They also adopt the company's philosophy without questioning its integrity. Usually, they do not have any original ideas on how how to innovate in their career because they never had to. Their route was pre-programmed for them by society through various cultural mechanisms. The most ideal option is to either go for higher studies in a first world country because that's where most of their peers are going. Civil service exams are also a very popular option.

Back when I was interning in a start-up in Bangalore, I was a part of this group, and I had fun. Even though the internship came with status, it was boring. Most of the time I was working on side-projects or complex things for the sake of feeling smart. It didn't have much meaning. I looked forward to eating meals with my mates. I made some great friends with who I'm still in touch now. You never see us, or them alone, ever. It's surreal. Mostly seen around the areas of hotels and cafes around lunchtime.

Wears a neatly ironed shirt and pants if corporate. Thankfully I didn't have to do this because it was a start-up. It makes sense. If they're in an office, and within a team, it makes sense to eat together than to eat alone. Nowadays, I eat alone most of the time with a YouTube video playing in the background or reading a newsletter on Crypto because both my teams are remote and I'm travelling around. Sounds more fun than how I consume my meals. One month is quite small to make friends in a coworking space you go two days a week.

They also seem to carry tags around their neck, some even decide to be rebellious and keeps the tag in their pockets.

The one risk they took in their life that paid off was them quitting corporate for start-ups, but then it deterred them from taking any other risks due to the fear of losing status. The initial system that they were in, corrupted their world-view so much that it's not salvageable anymore. It moulded their philosophy in such a way that they were wired to not work on things deep in the trenches.

When the Indian start-up ecosystem was in its infancy, there was a lack of role models in the space. They were the first adopters of these mass communication media and hence garnered a following. They're not good at anything except leveraging mass communication with manufactured takes that are self-censored to a large extent due to the fear of being criticised.

They will block you at the first attempt at calling them out. Always signalling that they're trying to work on high-status things, but lacks the vision or the actual grind that's necessary to make it, but makes a living out of preaching about them. Mostly rants about whatever technology is in the mainstream and moves on when the next set of shiny toys comes along. Doesn't seem to commit to any mission. How to spot them? Go to the front page of Tech Crunch and look for hot terms. Eg. NFT, Solana. Then see who's reiterating the same without having skin in the game.

A good litmus test to filter the good ones from the bad is to maybe ask have they shipped anything useful, code or no-code? Are they creating value outside of social media? Are they coming up with thought-provoking insights and creative ideas about the things that they are talking about? Are they reiterating things by rephrasing popular narratives to garner sentiment?

They've made it. They don't even have to leave their hometowns now. This is the end of the line. Finds excitement in the next tech stack that drops. Forgets to exercise and basks in the comfort of his homemade food. The best-case scenario is that they'll contribute big tech money to the local economy, but the worst-case scenario is that they'll inherit the habit of saving all the money from our previous generation while becoming the black holes of our economy.

It's a great option though. They can exert influence in their hometowns and be a role-models for the kids growing up in small-towns. I was one of those kids and I sure would've loved to have a role model like this. Their lungs will be safe from the smoggy air of the cities. I would like to exercise this option in the future. Maybe after I'm 30 and after having amassed enough wealth from tech, I'll set some kind of establishment in my hometown where I can meditate and work taking in the wonderful views of the Western Ghats. I and my cousin have a ritual where we go out walking out in the paddy fields at least one time a year and exchange the plans we have once we make it big. One of them is setting up a traditional resort with a high-speed fibre connection to chill during the monsoons and the winter months. Summers will be better spent in Dharamshala. 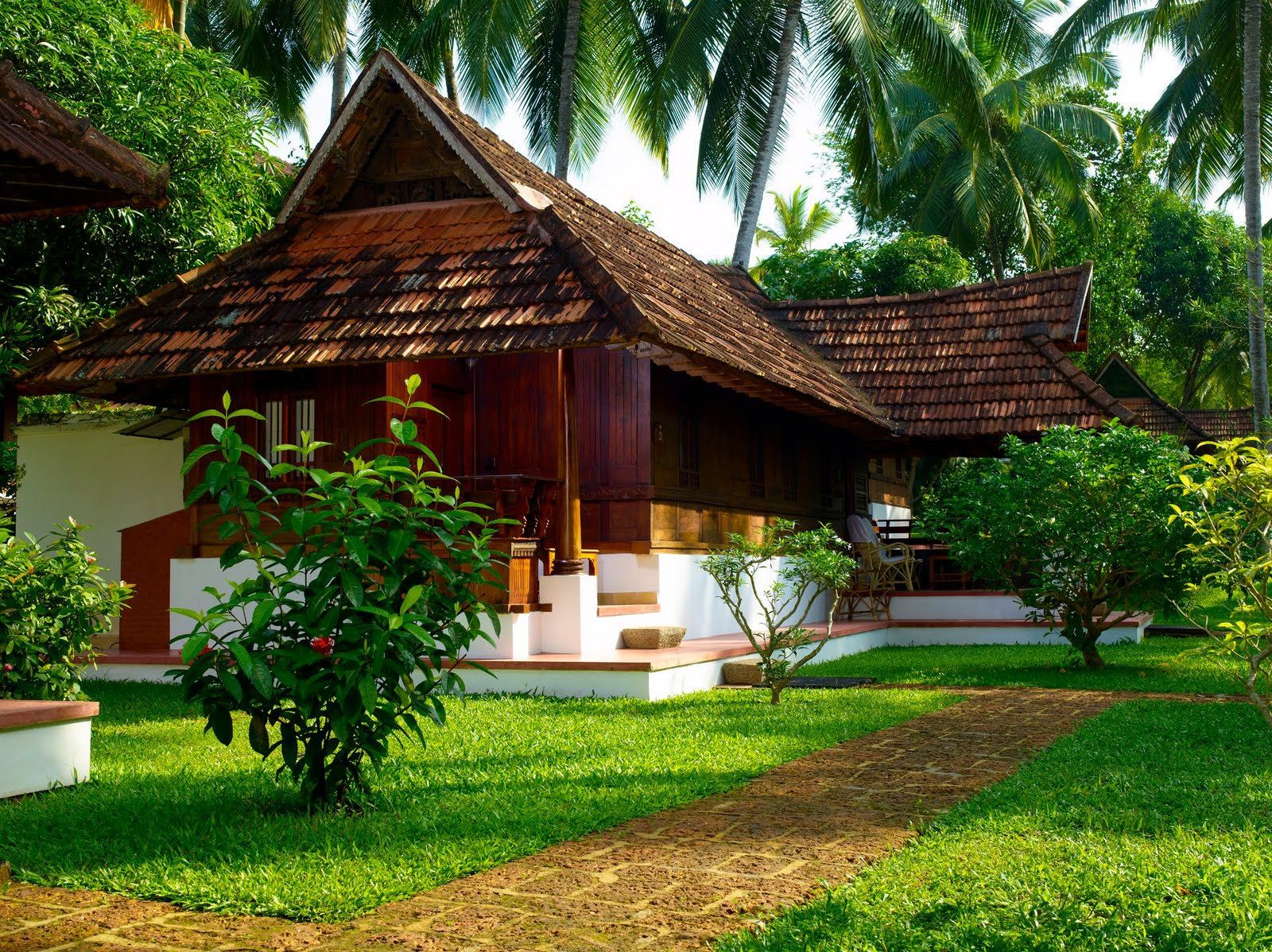 Look at how beautiful this is compared to what's being adopted today. The ancient architecture was built with taste, intuition and utility. I've been in these houses and during summers, they provide natural ventilation and cooling. 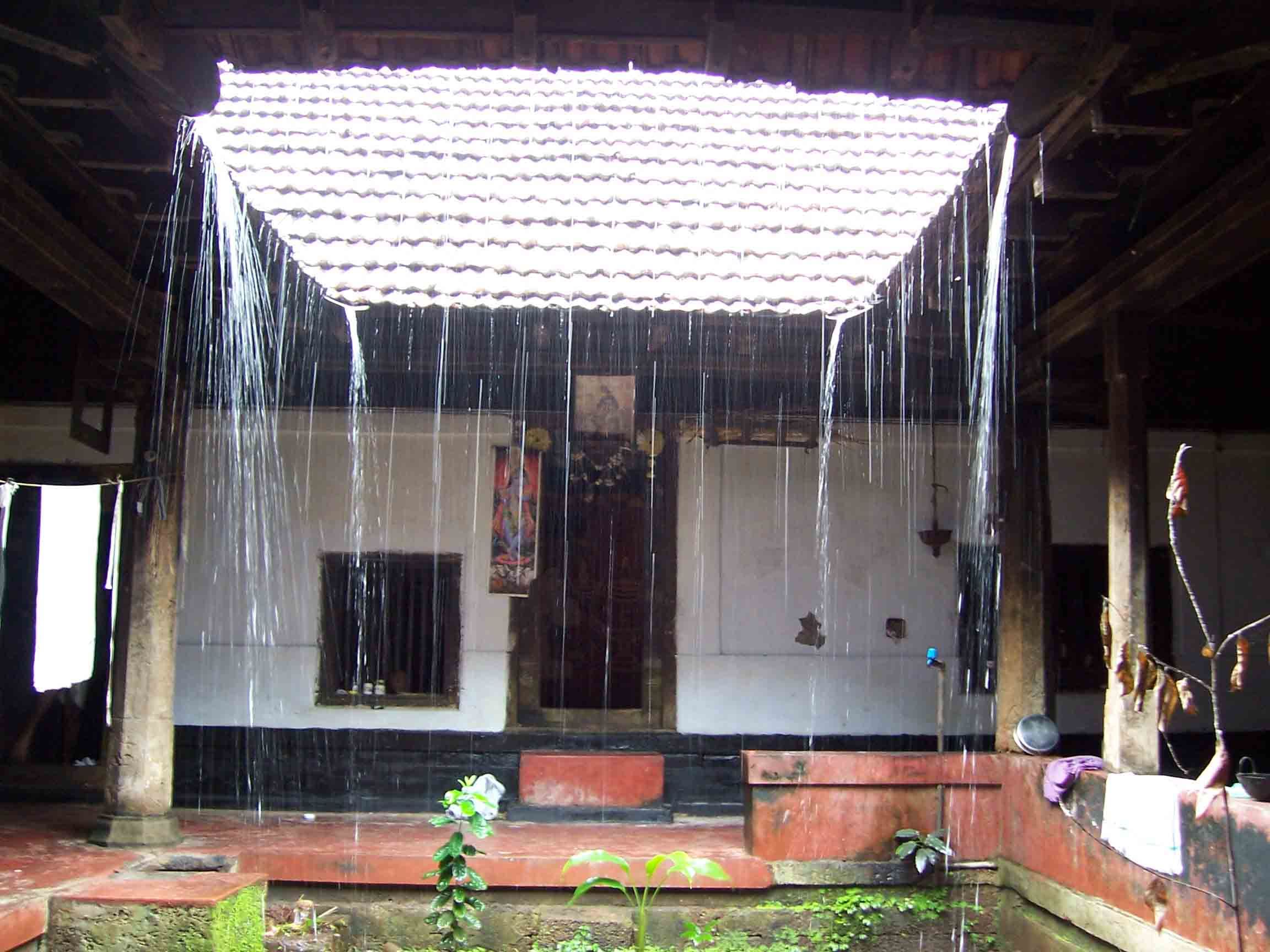 The courtyard provided you with natural lighting and, and during rains, it was absolutely beautiful.

Modern architecture has iatrogenic effects. They do more harm than good. They're blant, do not have natural cooling, so you naturally need to set up an air-conditioner to provide the cooling. Now, these suckers need electricity that you get by burning coal further contributing to an already degrading planet.

I think one major player that I didn't talk about was The Tech Chai Walas. Mostly because they're tech-adjacent rather than tech. The saviours for all of us in the industry. They're there to reenergize us, the tech bros when they're exhausted from sitting in their air-conditioned cubicles for 10 hours a day.

Always happy to provide you with chai and cigarettes. People always seem to enjoy spending time around this establishment than their temperature-controlled, motivation posters filled offices. Surprisingly, the heat never seems to bother them at all and somehow they feel freer than the rest of us. God bless them.

your mind as landscapes

This whole week I've been generally going for lindy walks every evening near the paddy fields. It's quite a shame that Paul Skallas got b...

Hello there, winter is setting in, I hope it's treating you well. This too shall gently pass. What do I know about winter, there's no win...